Nahal Og is the northern-most stream bed that empties into the Dead Sea. It carries water 30 km from the eastern slope of the Mount of Olives, draining a vast area of 112 sq km. It gets its name og from the Hebrew word for the sumac tree (Rhus Tripartite). The fruit of the sumac you find mixed with hyssop and sesame in za’atar. You cross Nahal Og on highway just before the cutoff to Nebi Musa. Another entry point is closer to the Dead Sea, near Kibbutz Almog. These two photographs were taken at the entrance to the nahal, the first one on December 15th in the afternoon and the second January 29th at noon, the time and day giving different expression to the same scene. 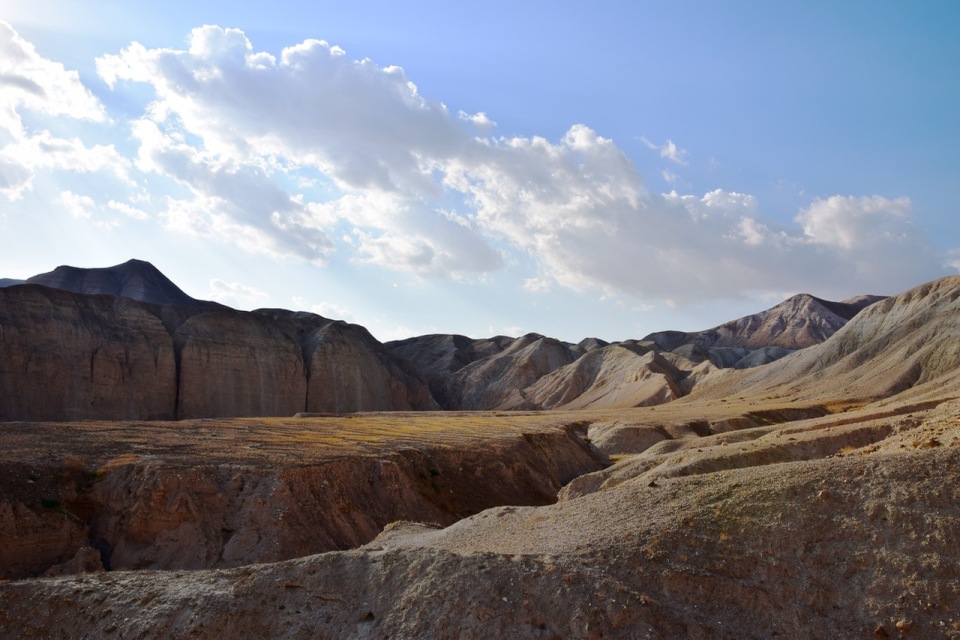 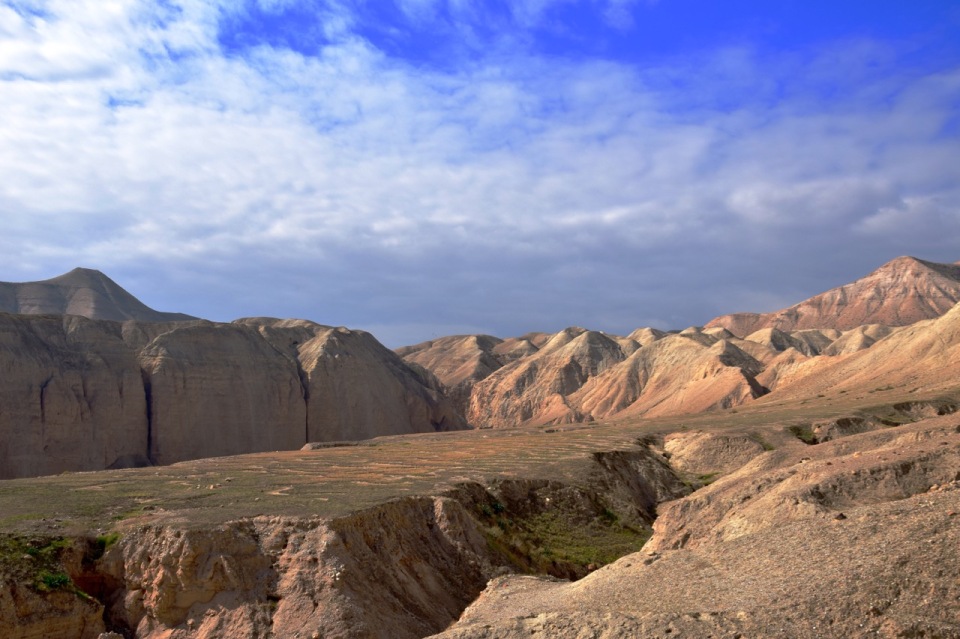 We hiked Nahal Og on Friday, a great outing from Jerusalem before Shabbat. I took these photos, showing some of the rock formations in the canyon and up along the ridge at the end of the loop trail to capture the solidity of rock and form in this part of the Judean desert. Shabbat shalom. 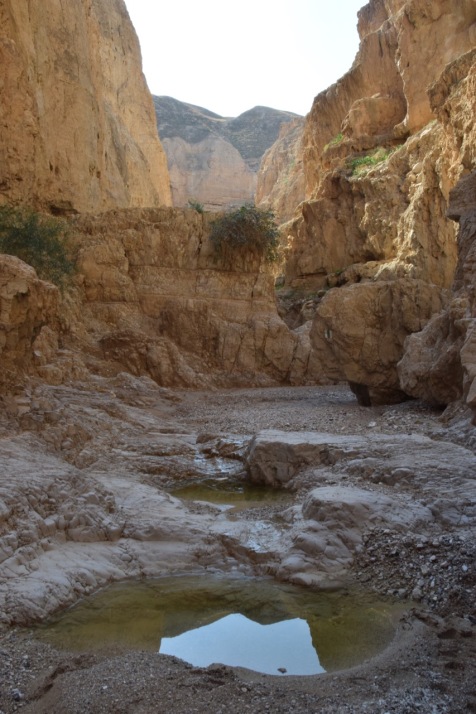 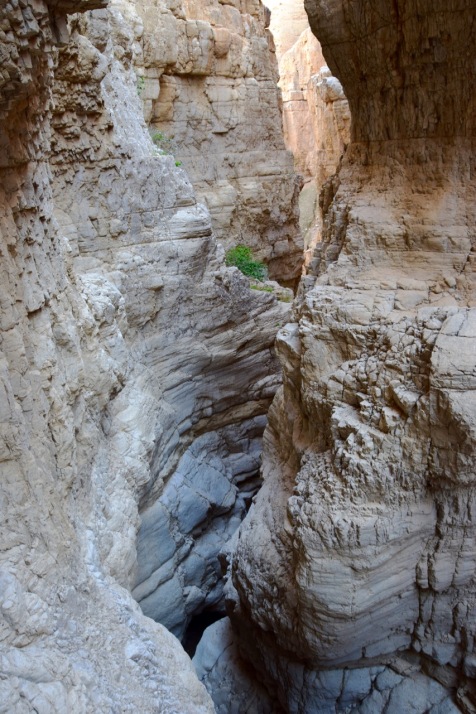 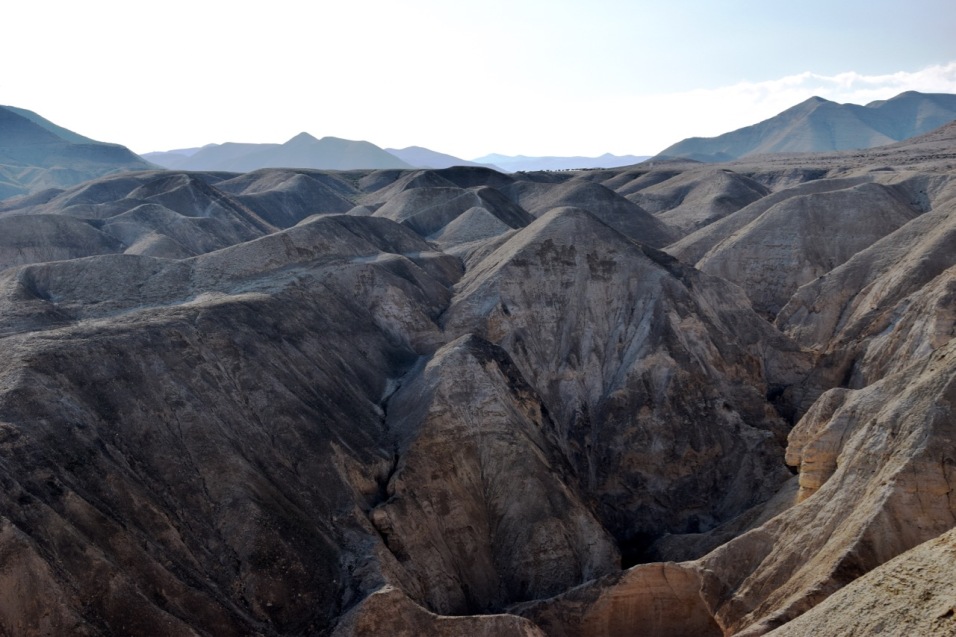 4 thoughts on “Photographs from Nahal Og”