When viewing the Old City skyline probably the most striking sight is the gold dome of the Dome of the Rock. The Umayyad Caliph Abd el-Malik had this shrine built like a Byzantine martyrium, octagonal in shape, in 691CE over a rock on the Temple Mount.

Dome of the Rock ~1934, Matson collection

Over the years various metal coverings have been tried on the dome. In 1993 King Hussein of Jordan donated $8.2 million to cover the dome with a layer of  gold, 80kg in total. In Muslim tradition the rock is the place where the prophet Mohammed ascended to heaven on his Night Journey. The platform is called the Haram el-Sharif, the Noble Sanctuary.

In Jewish tradition the rock is the foundation stone from which the whole world was created, where later Abraham was commanded to go and sacrifice his son Isaac. King David purchased the area from Araunah the Jebusite who was using it as a threshing floor (2 Samuel 24) and built an altar there marking the place where Solomon built the First Temple. The platform was extended by King Herod in 20BCE while renovating the Second Temple.

There is a special feeling on the Haram el-Sharif, away from the hustle of the Old City – you can feel a lot of history there. While most of the buildings are Islamic there are remnants of Crusader architecture and even capitals from the Byzantine period, Roman marble columns and a sarcophagus (check out the similarity to the one discovered at Herodium). The First and Second Temples stood for 1000 years on this site. It is important to understand the centrality of the Old City of Jerusalem to Judaism, Christianity and Islam.

The other day I visited the Haram el-Sharif in the early morning light. I passed through the airport-like security by the Western Wall plaza and walked up the wooden ramp that leads to the Mugrabi gate and shot these photos. Click on an image below to view it full-size. I’d be interested in hearing your comments. 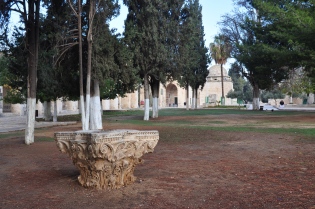 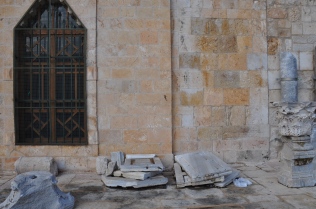 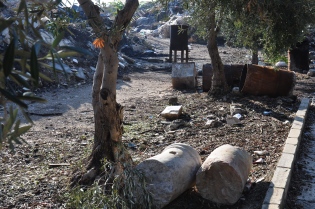 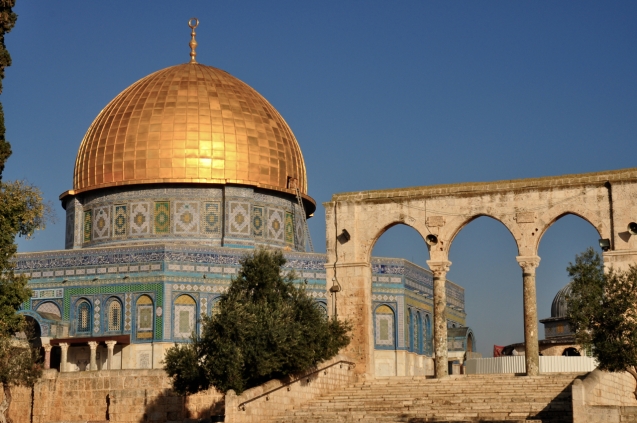 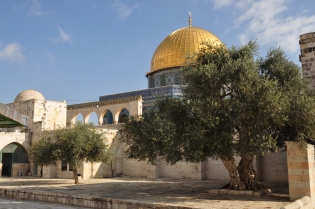 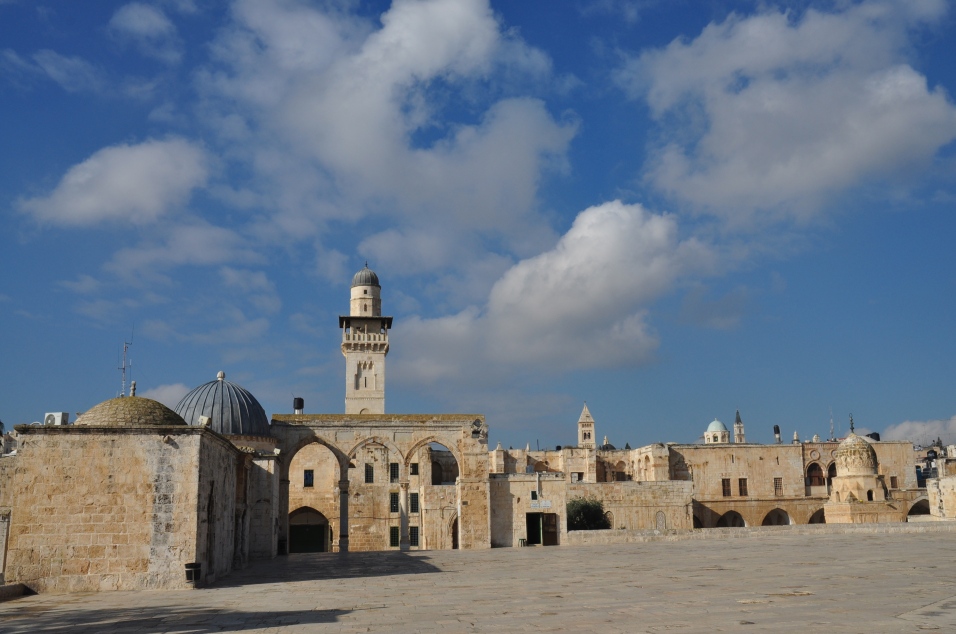 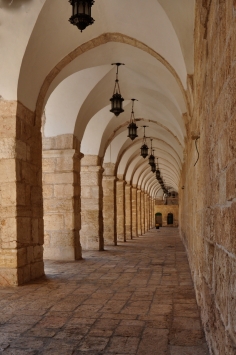