I received an email a few weeks ago from Kevin with the BBC in England that he gave me permission to share here.

I’m producing  a BBC radio series, presented by the British broadcaster John McCarthy. We have been commissioned by BBC Radio 4 to make a series of ten 15 minute programmes to follow in the footsteps of Edward Prince of Wales who toured much of the Middle East in 1862.  I’ve been looking at your blog, and saw your excellent entry Photography and Visitors to the Holy Land about his time in Israel.

As you know, he visited Egypt, the Holy Land, Lebanon, Syria, Turkey and Greece. His journey and the sights along the way were recorded by the photographer Francis Bedford. This was the first time that a royal tour was captured by the still new medium of photography.

As you are clearly interested in this tour, I would very much like to discuss our recording with you, perhaps with a view to interviewing you as a part of the programme.  We will be intending to visit each of these sites, to take a new photograph to match the old one, and to discuss the changes over the intervening 150 years in each location.

Very best and thanks for your time.
Kevin

Here are another few Bedford photographs. 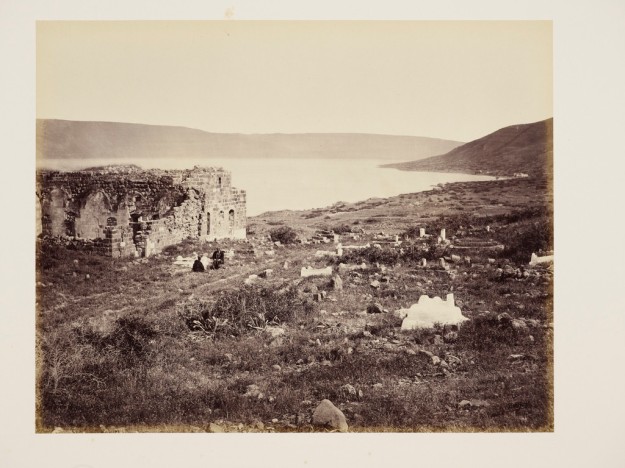 In reviewing the photographs taken by Bedford in Israel and talking with Kevin we decided to do Mar Saba, the monastery in the Judean desert. 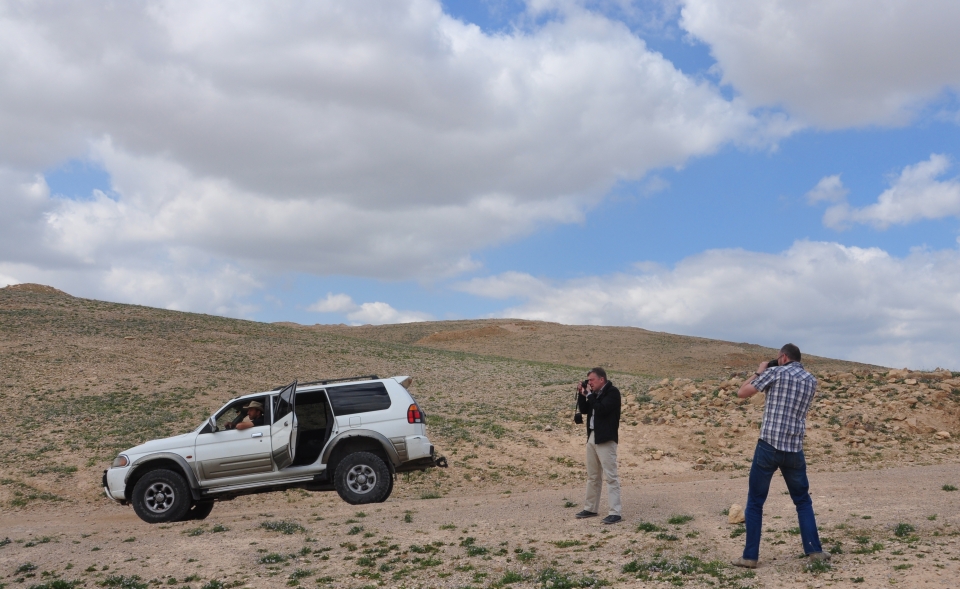 So we met up with Raanan, a great jeep driver, who took us off-road across the Judean desert to the overlook of the monastery in the Kidron valley. The desert is very green after the winter rains we had this year. We saw sheep, goats, donkeys and camels grazing on the plants and wildflowers. I took the opportunity to photograph some wildflowers (but that’s for another post).

Our challenge was to try to shoot a photograph that matched the one Bedford took 150 years ago. Bedford’s is a very interesting image because of the angle. Bedford had a good eye and chose to shoot the monastery complex cascading down the cliff, focussing on the channel of the Kidron stream between the two cliffs. Here is my image shot March 18, 2013 with a Nikon D90 digital SLR camera and 18-200mm zoom lens (ISO 200 50 mm f/10 1/320) in black and white and color.