The Israel Museum has put together a new exhibit (up until October 25th) about two lesser known stories: settlement of the Canaanites in the eastern part of the Egyptian Delta during the Middle Bronze Age (circa 1800–1550 BCE) and their development of the first consonantal alphabet from Egyptian hieroglyphics and consequently, Egyptian rule over Canaan for 350 years during the Late Bronze Age (circa 1500–1150 BCE). Canaanite, Semitic-speaking workers in Egypt modified hieroglyphics, where one symbol represents a word (this is similar to the Chinese writing system which has always intrigued me) into Proto-Sinaitic, also known as Proto-Canaanite as it spread from Sinai to Canaan. The text above is in this script and says פרעה בכנען/Pharaoh in Canaan (from right to left like the Hebrew, note the ר/resh is a drawing of a head/rosh, ע/ayin word for eye is an eye, נ/nun is a snake/nahash). This historical chapter overlaps with the familiar biblical narratives of Joseph, the children of Israel and Moses in Egypt.

The exhibit displays 680 artifacts mostly discovered in Israel, with some objects borrowed from other museums. Objects were found at Bet Shean, Jaffa, Timna and Hazor, popular sites to visit but not usually for Egyptology. 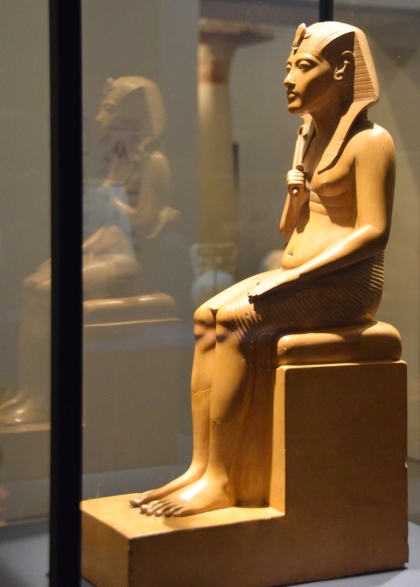 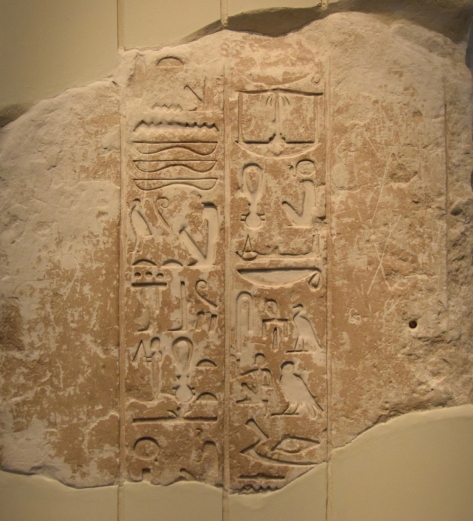 Inscription in hieroglyphics from gate of Egyptain stronghold, Jaffa,
from time of Ramses II (considered by some the Pharaoh of the Exodus), 1279–1213 BCE 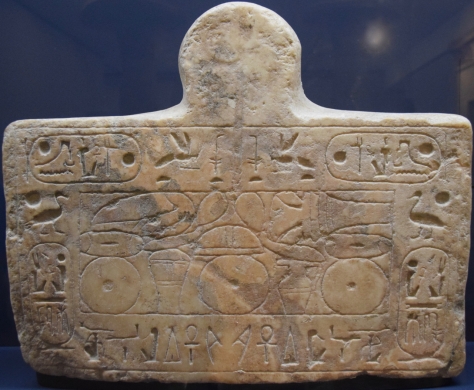 Offering table from Egypt, limestone with hieroglyphics with name of Ramses II

Ramses III, only life-size statue of a pharaoh made and found in Israel, in Bet Shean, 12th century BCE, Basalt 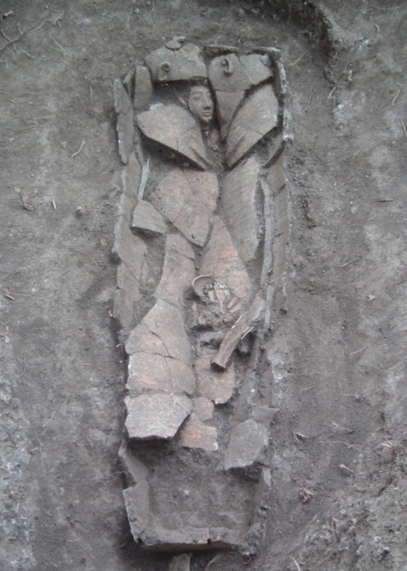 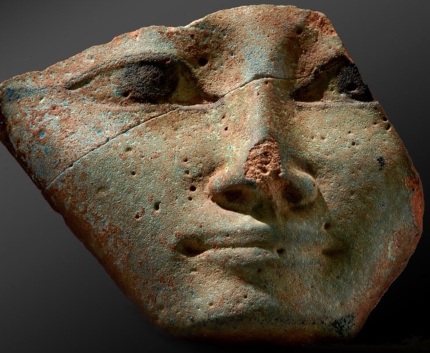 A major temple to Hathor, the Egyptian patron goddess to miners, constructed by Seti I was found at the copper mines in Timna valley. Of all the deities in the Egyptian pantheon, Hathor made the greatest impression on the Canaanites.

Another temple with inscriptions was discovered in Serabit el-Khadim in Egypt, where turquoise was mined in antiquity, in an expedition led by British archaeologist and Egyptologist Sir Flinders Petrie. If you’re interested in visiting his grave, Petrie is buried in the Protestant cemetery on Mount Zion in Jerusalem.

For those who are unable to visit the Pharaoh in Canaan exhibit at the museum, there is an excellent audio-visual tour available at http://www.imj.org.il/en/audioguides/pharoah/. Enjoy!

1 thought on “Pharaoh in Canaan Exhibit”