In Israel the wildflowers follow a pattern. After the Jewish New Year, before the winter rains the squill and Sternbergia flower, then the Steven’s Meadow saffron, the Winter crocus followed by the kalaniot (anemones), the almond trees blossoming, narcissus, iris, lupine, wild tulips, poppies and many others. The red anemone (anemone coronaria from Greek Άνεμος ‘wind’, in Hebrew kalaniot) is a perennial in the buttercup (Ranunculaceae) family.

The season for anemones is January-February and one place to find them is in the south, the Western Negev near Kibbutz Ruhama and Shukeda. In fact, seeing the anemones in bloom has become so popular that there is a festival, called Adom Darom (two Hebrew words meaning the Red South) to celebrate the spectacle. This week we drove down there for a photo shoot and though it is still a little early we found some areas covered with anemones. It was a lovely day. 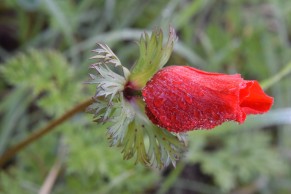 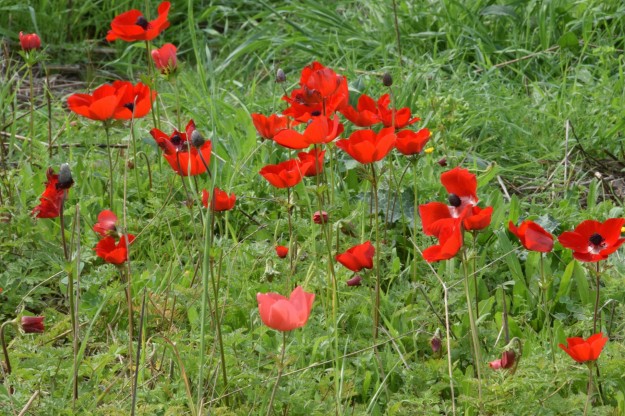 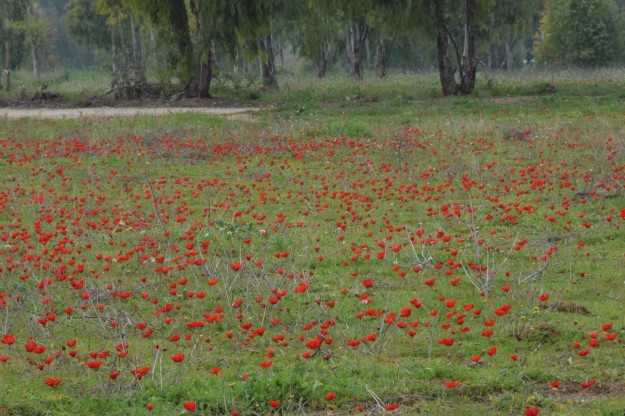 These red anemones may be the most common ones seen in Israel but last year while touring up on the Golan I came across anemones in other colors under the old oak trees at Hurshat Tal.

Flowers are visual, there is color and texture, some have fragrance but the kalaniot also have a poem written by Natan Alterman in 1945, music composed by Moshe Wilensky, sung by legendary Israeli singer Shoshana (in Hebrew a rose) Damari.

The evening comes,
the sunset on the hill burns
I am dreaming and my eyes see:
To the valley a small girl descends
and it blazes with a fire of anemones.

Yes, generations come and pass without end
but each generation has an anemone in a tune.