The scientific name of the Judean palm Phoenix dactylifera refers to its remarkable ability to grow again and even fruit after near death due to drought.

The Judean palm was endemic to Israel. It is the one referred to when the palm tree is mentioned in the Bible and Koran and appears in Roman writing, referring to its medicinal properties, and is pictured on various coins. This would imply as well that the lulav or palm frond used for the Four Species (Arba’at HaMinim) on the festival of Sukkot (Tabernacles) would be the branches of the Judean palm. Looking at the barren landscape of the Judean desert it is hard to imagine this area covered by palm forests. 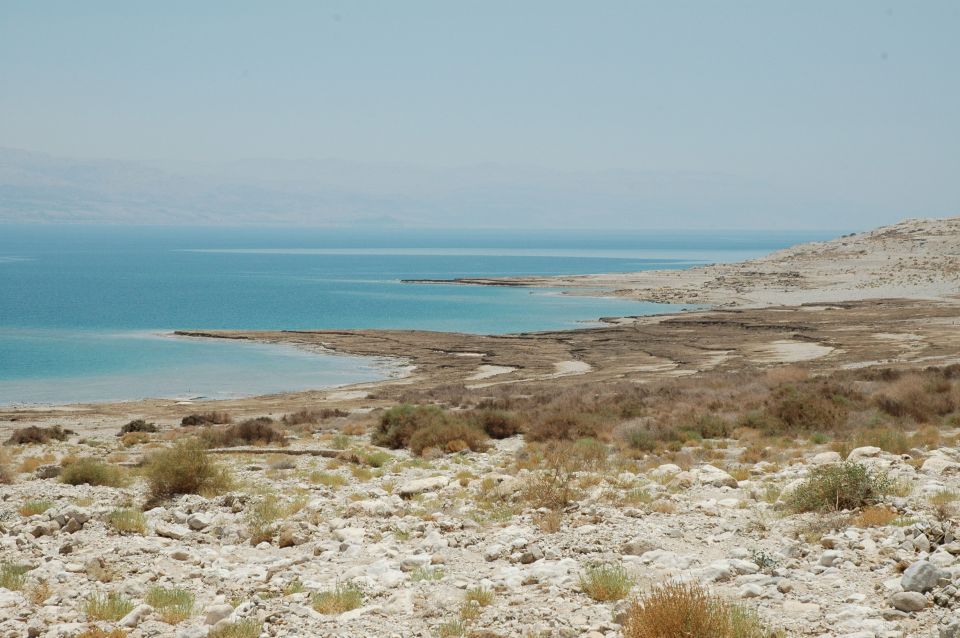 The Judean palm, like the balsam plant that used to grow around Ein Gedi and Jericho, became extinct sometime after the Romans, around 500 CE. Today there are palm groves along the Dead Sea shore but these were all imported from the date groves of California or varieties smuggled to Israel from Iraq, Morocco and Egypt in the 1950s.

In 1973, during the archaeological excavations of King Herod’s palace on Masada, Ehud Netzer who was the architect  working with Yigal Yadin found some dry date pits. He passed them along to botanical archaeologist Mordechai Kislev at Bar Ilan where they sat in a lab drawer for more than 20 years. Then in 2004 the seeds were rediscovered by Sarah Sallon of the Natural Medicine Research Center who passed them to Elaine Solloway at the NMRC cultivation site on Kibbutz Ketura to try to germinate them. A small specimen of pit was checked and independent carbon dating indicated the seeds are 2000 years old.

First Solloway soaked the seeds in hot water to make them once again able to absorb liquids. Then she soaked them in a solution of nutrients followed by an enzymatic fertilizer made from seaweed. On the auspicious date of the 15th of the Jewish month of Shvat, the Jewish new year of trees, the date pits were planted.

Amazingly, one of the seeds sprouted. It is now about 40 months old, 1.2 meters high with a half dozen leaves. The sex of the sapling is still unknown (date palms are either male or female), but the researchers are hoping for a female, which would bear fruit.

UPDATE: An article in the Jerusalem Post reports that the Judean palm (grown from the 2000 year old seed from Masada) that has been growing in a greenhouse at Kibbutz Ketura is now 2.5 meters tall and in a ceremony on Thursday, Tu Bishvat (the Jewish New Year of trees) was transplanted to Israeli soil.