Even from space Makhtesh Ramon appears as a masterpiece of the spirit of the earth.
(from Space Shuttle Columbia monument)

This week I did a very nice 13 km hike in the Har HaNegev reserve to Har Ramon, the highest mountain in the Negev at 1037 meters above sea level. After the winter rains we saw many plants blooming even though this area is a desert. 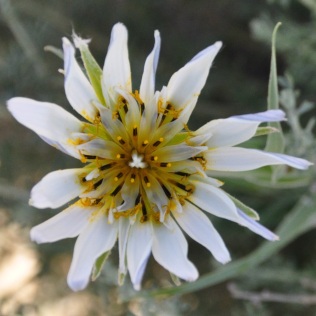 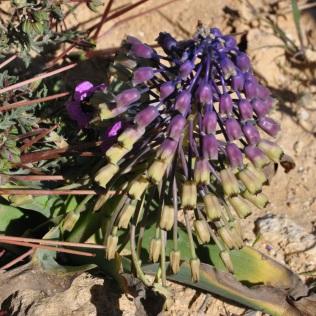 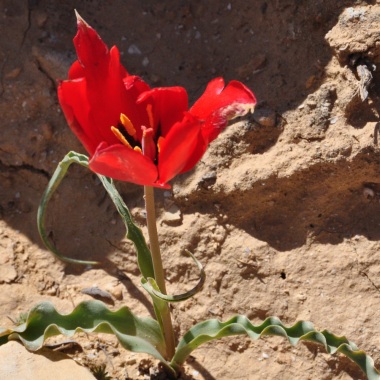 Along the way we passed a number of tumuli, piles of rocks that are ancient tombs, and a 4.6 km stone wall running between the mountains Ramon and Romem estimated to be from the Intermediate Bronze period, more than 4000 years ago. Further along the red trail we reached a lookout on the basalt hills of Karne Ramon below, where a monument has been established to the 7-person crew of the space shuttle Columbia that disintegrated on re-entry into the Earth’s atmosphere in 2003. One of the crew was Israeli, Ilan Ramon, who had taken his surname from this area.

From there we descended in a winding path to Nahal Ramon at the bottom of the makhtesh. We then joined the green trail through the Canyon of Prisms and ascended the trail out of the makhtesh. 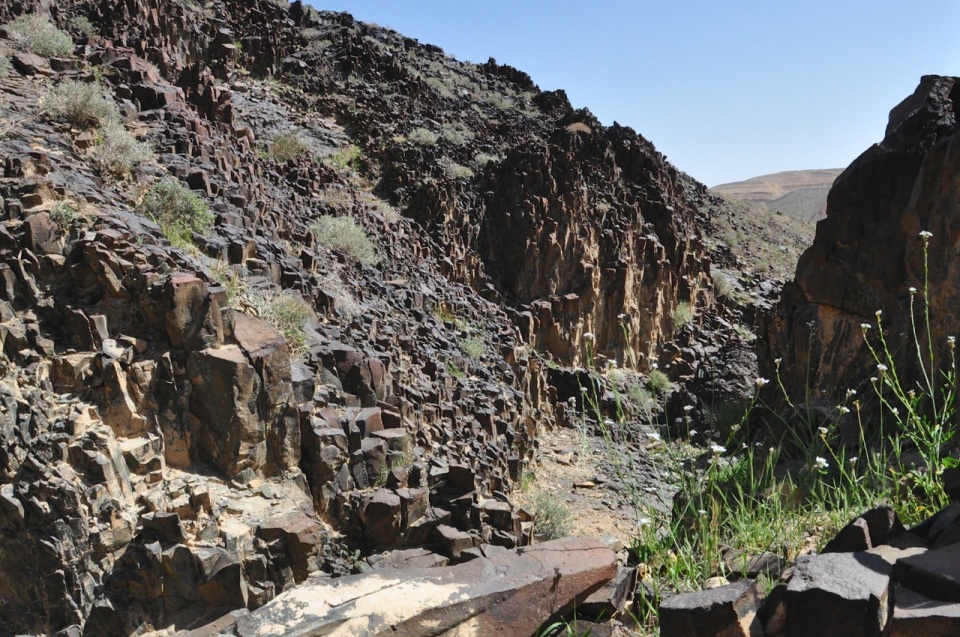 It’s hard to capture the expansiveness of this “hole” in the earth because the makhtesh is so large. The makhtesh is 40 km long, 2–10 km wide and 500 meters deep, and is shaped like an elongated heart. I took a sequence of overlapping photographs with the intention of stitching them together to try to give you an idea of the view. Click on each of these images to see it full-size.

The image below is made up of 2 photos “stitched” together.

This image is made up of 3 photos.

This image is made up of 4 photos, a pan of 180º, overlooking Karne Ramon at the southern end of the makhtesh.

1 thought on “Hiking the Makhtesh”