ARTIFAX magazine and The Book & The Spade radio program have published the Top Ten Discoveries in Biblical Archaeology in 2012. At #3 is a First Temple period cistern with a 250 cubic meter capacity that was discovered by chance during the ongoing clearing of the drainage channel near Robinson’s arch. Press release at http://www.antiquities.org.il/article_Item_eng.asp?sec_id=25&subj_id=240&id=1958&module_id=#as 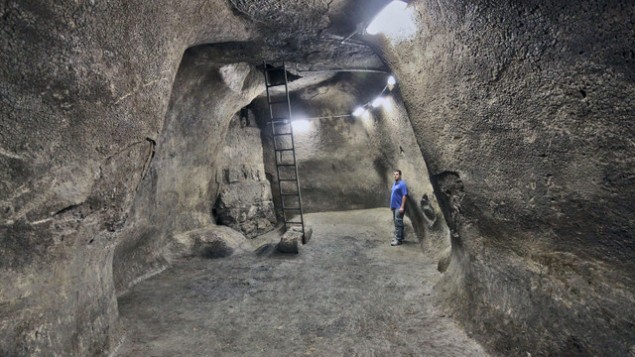 Found while sifting material from City of David, at #4 is a fiscal bulla, a clay seal impression with three lines of script, related to the taxing of shipments at the time of King Hezekiah, the earliest mention of Bethelehem. Found while sifting material from drainage channel near Robinson’s arch, at #5 a personal seal with the name Matanyahu inscribed on it dated to the end of the First Temple period, see https://israeltours.wordpress.com/2012/05/03/first-temple-period-seal/

Jewish National Fund (JNF) has published a map of Israel with 110 “great old” trees marked. One example, #91, a Common Oak, called the “Lone Tree” symbolizing the Gush Etzion bloc south of Jerusalem that has a height of 10 meters, trunk circumference of 3.5 meters and is estimated to be 500 years old. I do a tour that includes the moving audio-visual presentation on the history of the Gush at Kibbutz Kfar Etzion, gourmet lunch at Gavna in the forest with a view all the way to the Mediterranean and a tour of the Lone Tree microbrewery. 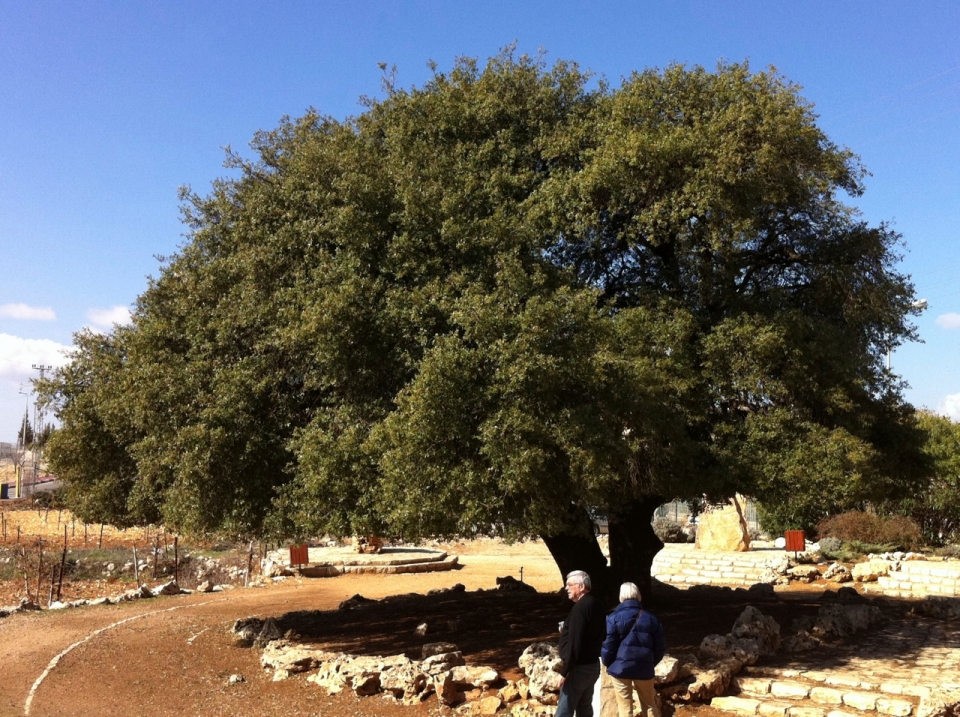 Herod the Great: The King’s Final Journey exhibit at the Israel Museum is an exceptional opportunity to encounter the material opus of Herod the Great – his architecture and aesthetics, and the work of his chief archaeologist, Professor Ehud Netzer. Evidence of Herod, the meaning, struggles, and accomplishments of his life beckon beyond the exhibit halls, to the sites where he fought, ruled, dreamed, and built – Herodium, Masada, Cypros, Sebaste, Caesarea, Banias and Omrit. 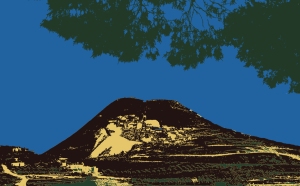 For those who will be in Israel, I am leading in-depth full-day tours of Herodium and the Israel Museum’s Herod exhibit, for details see https://israeltours.wordpress.com/herod-the-great-tour

For those who will not be able to visit Israel, I posted a few articles with photos of the exhibit.
Here are the links to check for photos:

The Israel museum has published a 277 page hardcover catalog of the exhibit. You can order a copy by sending an email to shop at imj.org.il
ARIEL has released volume 201-200 Art and Architecture in Jerusalem and Israel in the Second Temple Period (in Hebrew) in memory of Prof. Ehud Netzer.

From the pantry at Herod’s palace-fortress at Masada, amphorae – large clay jars that held imported delicacies – attest to the luxury and sophistication of Herod’s palate: apples, honey, fine wine, and garum, a savory Roman fish sauce. One amphora bears an inscription of Herod’s name in Latin and Greek. For more about garum, https://israeltours.wordpress.com/2010/11/25/food-discoveries-masada-garum/

Film documentary: Volunteers with military experience, many from America, came to Israel around 1947 to help the fledgling Jewish state. Their acronym, Mahal (MH”L}, stands for מתנדבי חוץ לארץ. The 3 large Hebrew letters, מח’’לֹ, stand as a monument at Sha’ar Hagai, on the road to Jerusalem. Playmount Productions has released a sample from their upcoming documentary Above and Beyond: The Birth of the Israeli Air Force.

Emek Habacha project: Estimated at €250 million to install 50 130 meter tall (height of the Azrielli Towers in Tel Aviv) wind turbines able to produce 120 megawatts has received approval. These will replace the 10 wind turbines that produce 6 megawatts at Tel Asania. I blogged about the old wind turbines in May 2011 at https://israeltours.wordpress.com/2011/05/02/wind-turbines-on-golan-trail/