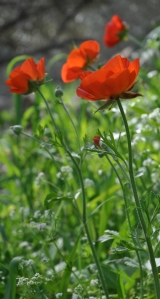 From mid-February the country is covered with a mantle of wildflowers. Though it may vary from year to year, this is when

“the winter is past, the rain is over and gone, the wildflowers appear on the earth…” Song of Songs.

Tradition marks the beginning of spring in Israel with the flowering of the almond tree (shkedia in Hebrew) at Tu B’Shvat. One of the first flowers to bloom is the red anemone (anemone coronaria from Greek Άνεμος ‘wind’, in Hebrew kalaniot), a perennial in the buttercup (Ranunculaceae) family. Don’t confuse the anemone with red poppies (of the genera Papaver) that bloom later in the season

On a tour of the Golan last week we saw red anemones growing on the hill as we walked down into the wadi to Breikhat Meshushim (Hexagonal Pool). 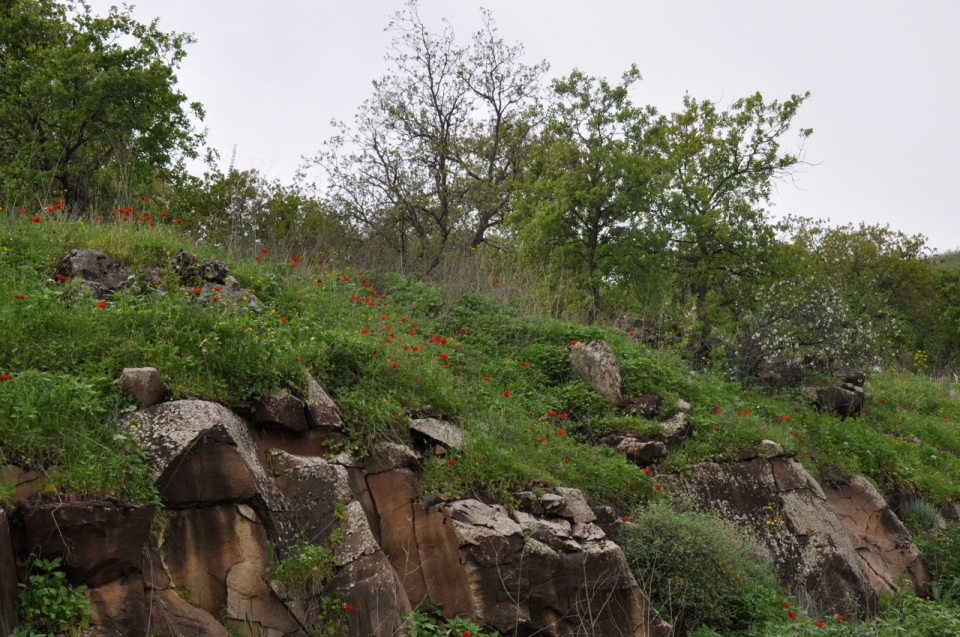 From there we continued north on the Golan to Saar Falls where I found this field of lupines with a view of Nimrod fortress in the background. The legume seeds of the lupine were popular with the Romans who spread the plant’s cultivation throughout the Roman Empire. Today there are 2 lupins that are indigenous to Israel, the blue Lupinus pilosus and white-grey Lupinus palaestinus. Lupins can fix nitrogen from the atmosphere into ammonia via a rhizobium-root nodule symbiosis, fertilizing the soil for other plants. This adaption allows lupins to grow in poor quality soil and in fact, improve soil quality so that other plants can grow. 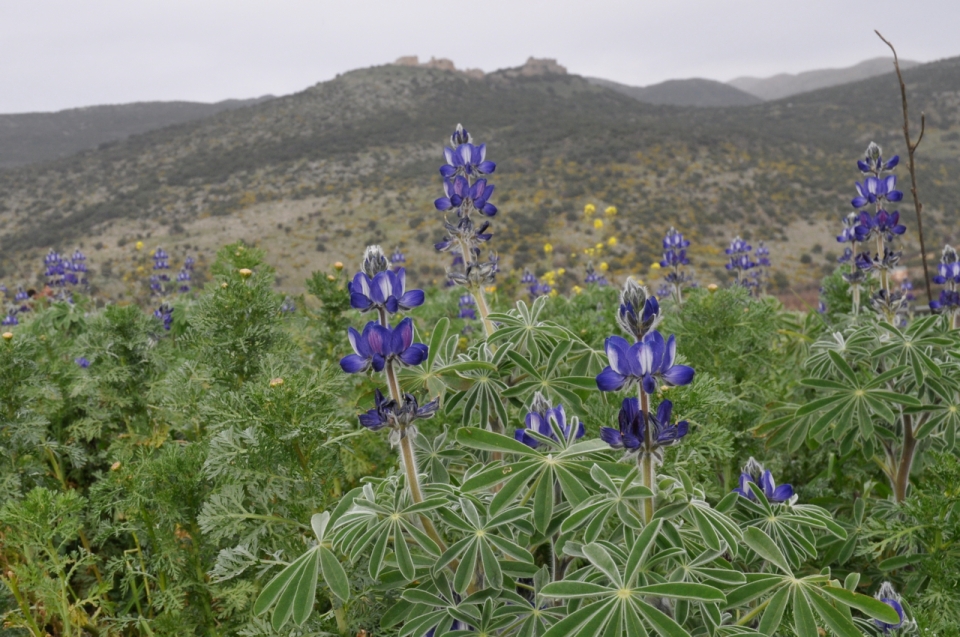 On the same trip I came across red tulips (Tulipa montana) a member of the lily family growing on the hill overlooking the Sea of Galilee above Ein Gev.