The Negev desert, shaped like a 4700 square mile inverted triangle in the south of Israel, makes up more than half of the country’s land area. I can arrange to make a visit to the Negev part of your itinerary, you have to experience the desert to understand its importance.

Geographically the Negev can be divided into 5 areas: the northern, western and central Negev, the high plateau and the Arava Valley. This article focuses on the high plateau area, Ramat HaNegev (Negev Heights). The plateau stands between 370 metres and 520 metres above sea level and has extreme temperatures in summer and winter and significant differences in temperature between day and night. Even though the area gets only 100 mm of rainfall per year and the soil is poor and quite salty, Israel is successfully growing olives, pomegranates, pistachios and grapes for wine.

Here are some places to add to your itinerary as you explore Ramat HaNegev. 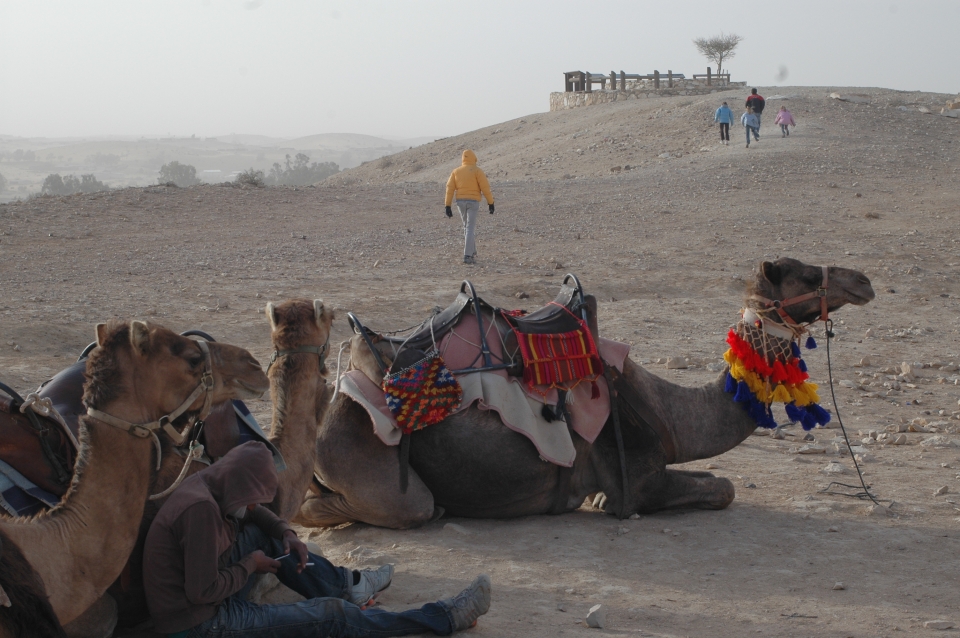