The Dead Sea is located at the lowest point on earth, part of the Great African Rift valley, in the crack in the earth’s crust created when Asia and Africa were torn apart five million years ago. Yesterday we drove down to the Dead Sea from Jerusalem for a relaxing day. We chose Mineral Beach and soaked in the 39º C (that’s 102º F) thermal pool, floated in the Dead Sea and slathered ourselves with mud.

In my last couple of blog posts, A Glimpse of Tomb of Moses and Sunset at Large Makhtesh, I shared photographs that I took in the late afternoon, a good time to take photographs. These photos continue this theme, taken as the sun sank behind the cliffs and the moon rose over the mountains of Moab in Jordan. The photographs were taken with a Nikon D90 DSLR camera with 18-200mm zoom lens. 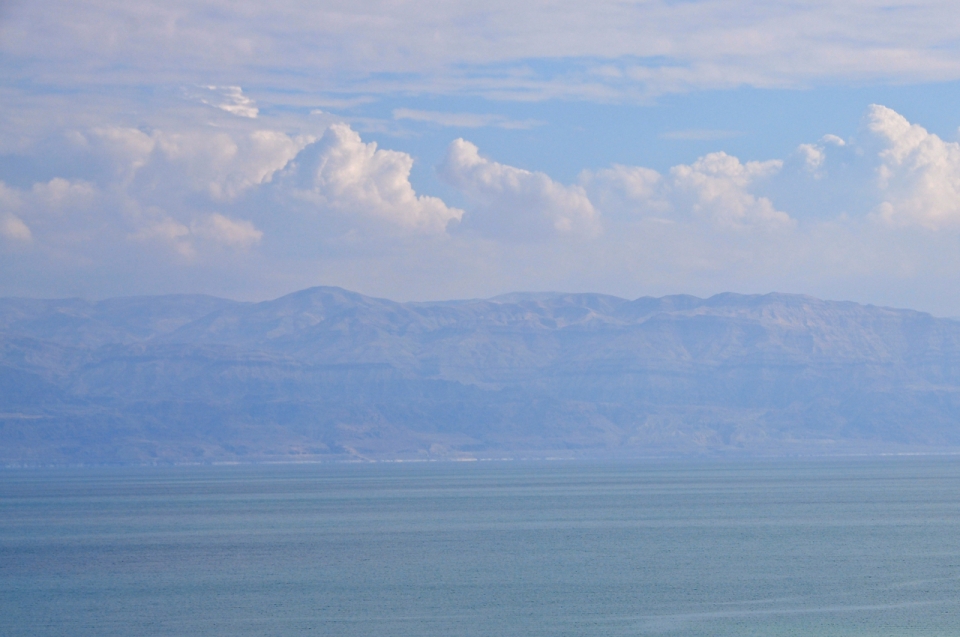 The photograph below was taken pointing west at the sun after it had sunk behind the mountain (the other photos were pointing east at Jordan). This meant that there was only a few minutes of light to capture these images. 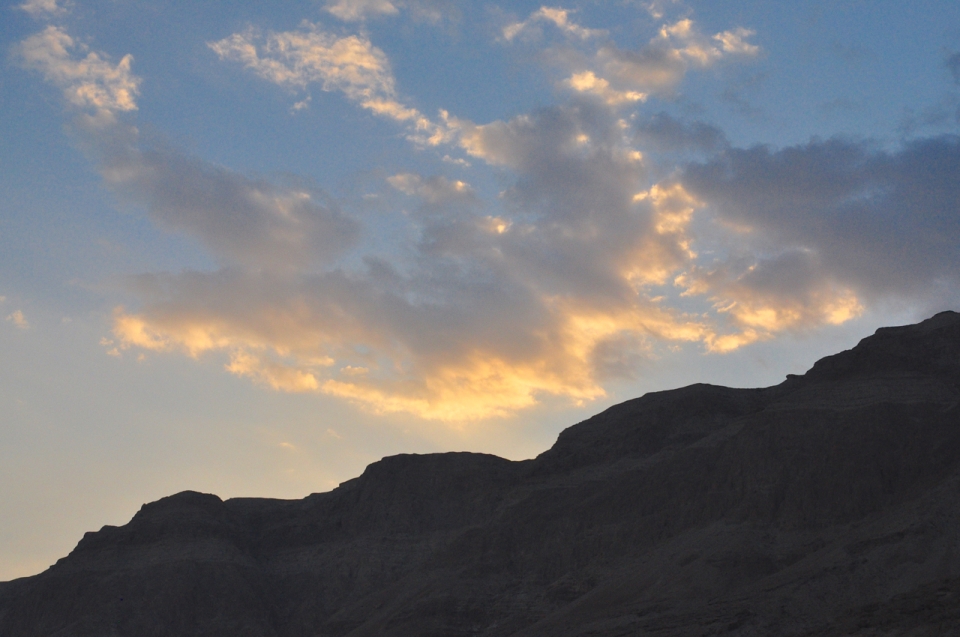 Sun sinking behind the mountains 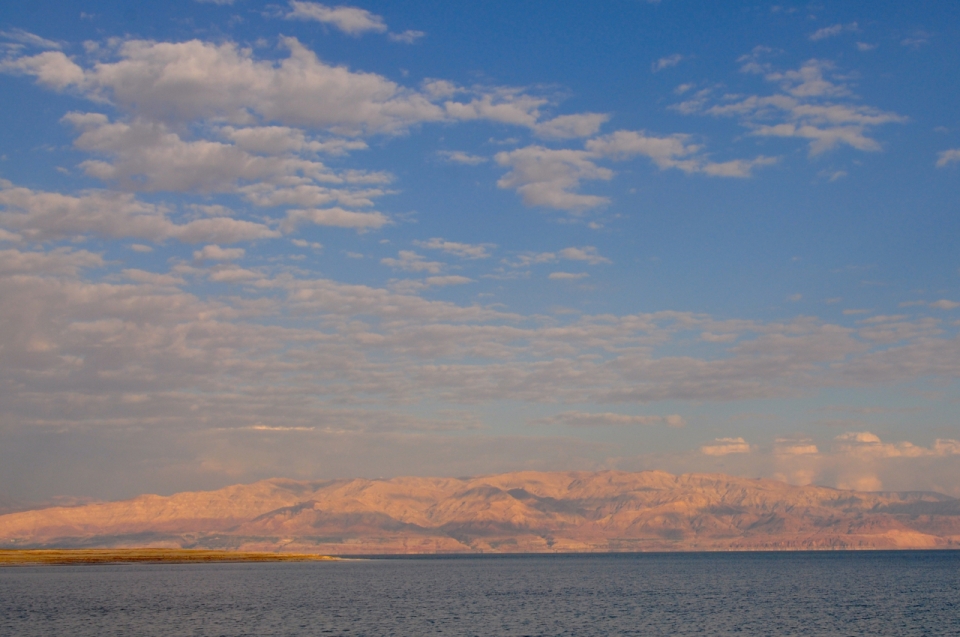 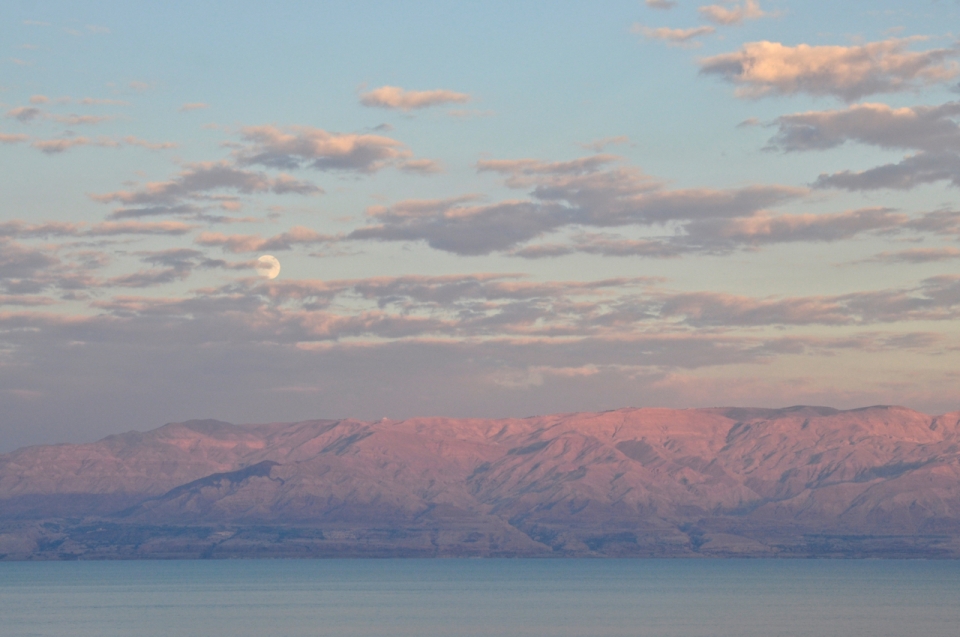 In Israel’s Negev desert are three examples of a geological formation unique to this area, the makhtesh. You can go off-road and explore it by jeep or hike in the makhtesh but a paved road gives easy access to travelers. Highway <228> from Yeruham crosses the Large Makhtesh and highway <40> a scenic route drops 250 meters and traverses Makhtesh Ramon on the way to Eilat. There are two smaller access roads that take you to the Small Makhtesh. Each makhtesh is a great place for photographs.

The makhtesh, the Hebrew word for mortar, is the geographic term for an erosion cirque. Unique to the Negev and Sinai deserts, a makhtesh has steep walls of resistant rock (limestone and dolomite) surrounding a deep closed valley that was created when the core of softer rock (in this case colored sandstone)  was eroded and carried away by a stream bed. After a day of exploring we arrived at the colored sands in the Makhtesh HaGadol just around sunset, a perfect time for photographs. (Wish I had had my Nikon DSLR, I only had a Lumix point and shoot). 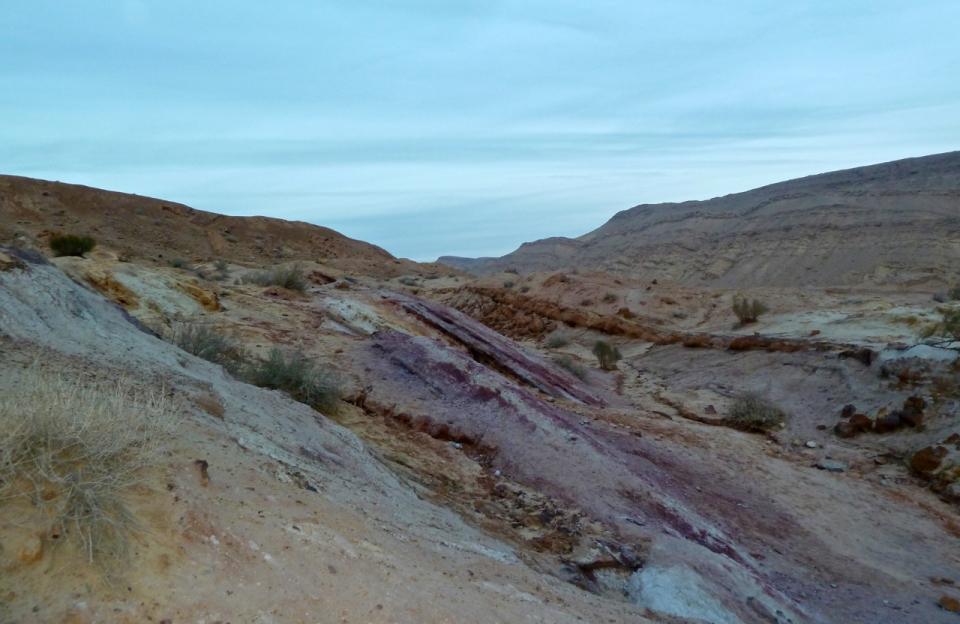 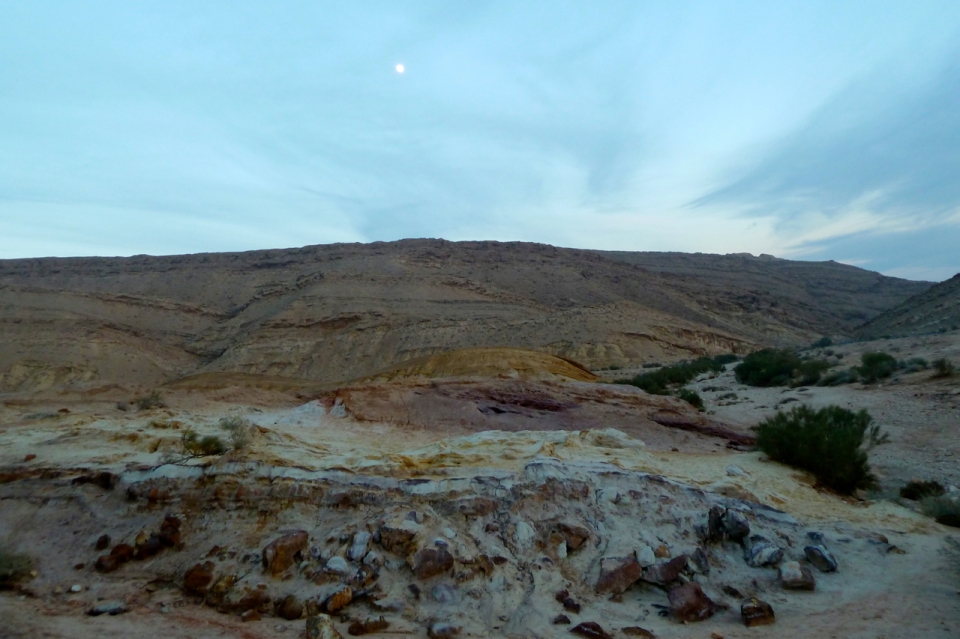 The Dead Sea, the lowest place on earth, is in the Judean desert. After a day of climbing the snake path to the top of Masada and exploring the site, we did a hike in the Ein Gedi reserve, including the Dodim cave, the Chalcolithic temple, Tel Goren and the 6th century synagogue. When we went down to the Dead Sea for a float it was just around sunset, a perfect time for photographs. 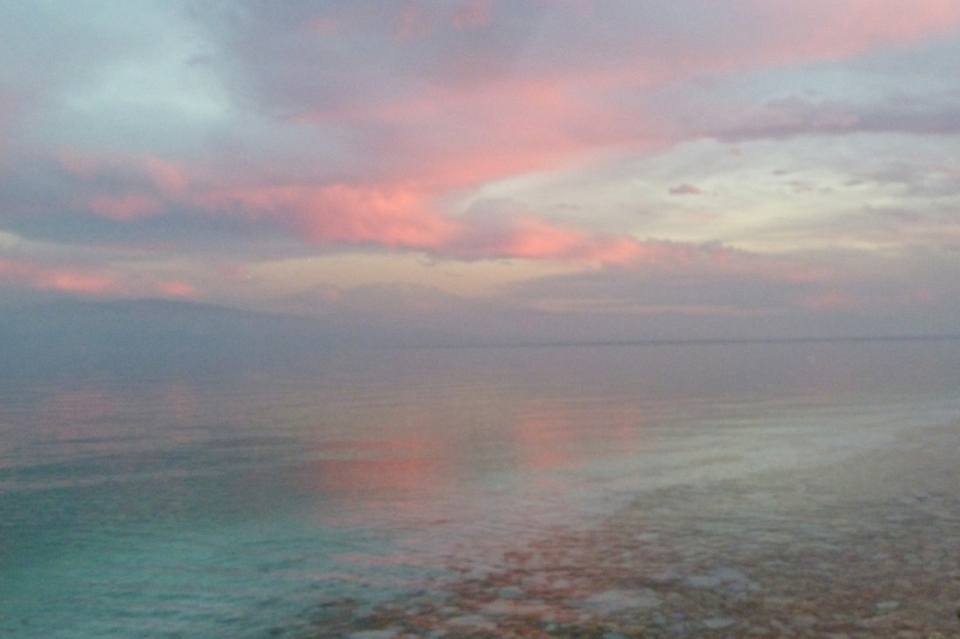 The area of the Dead Sea, less than a two-hour drive from Jerusalem, has a lot of photo opportunities – mountains, dry waterfalls, pools with waterfalls, sinkholes. This photo is an image of the Dead Sea taken standing at the shore facing Jordan at the end of a day of guiding. Israeli photographer, David Rubinger (it’s my photo of him with his Leica), says that the best camera to capture an image is the one you have with you, in this case I shot the photo with my iPhone. Clicking on the image will display it larger. Please share this post with your friends by clicking on the icons at the end of this message.